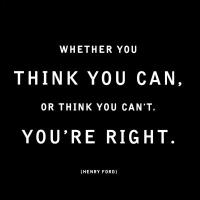 Meisha at a year and a half 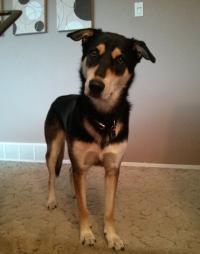 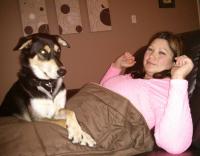 Our dog Meisha is a little over eighteen months old now and always waits to greet Tressa home from work as seen in the first picture. The second picture is funny because Meisha knows that she is not allowed to go on the couch, but gets around the issue by going on us from time to time. She also has crossed her paws which looks very pseudo ladylike. 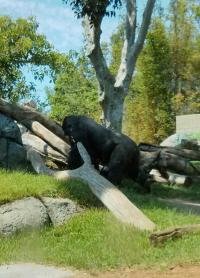 I am entering the half-marathon event in a few weeks in the Saskatoon Mogathon. This will be my first race at this distance. Over the last couple of weeks I have been doing my long runs with my friend Vince - who has ran some marathons - which has been a welcome way to livin up what can otherwise be a long, boring run.

Here is one of my favourite songs over the summer. "Come to Light" by the Arkells. Enjoy.

“Just out walking, letting my mind roam
If she hung around too much I might take her for granted
But when I was away, she seemed an angel
The only one who really cared about me
The only one without an angle
For so long I've been lonely
Now I'm too weak to fight