...Back to blog index 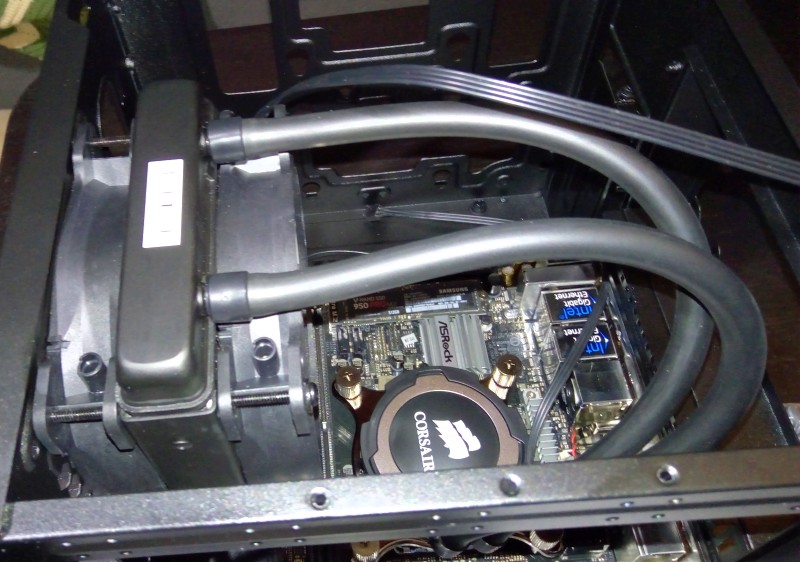 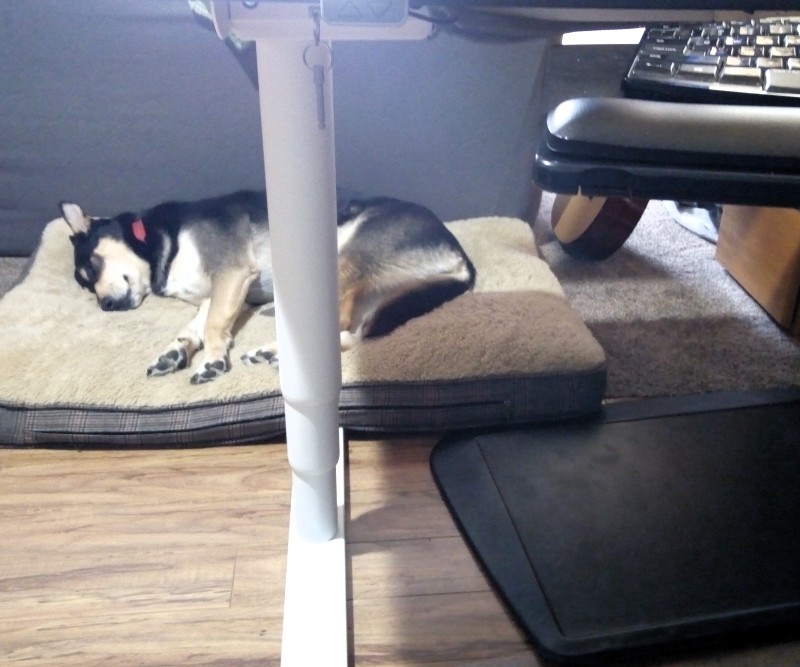 For the actual computer, I had a sixth generation i5 NUC with 32 GB (16x2) of RAM and a 512 GB Samsung SSD. This worked well and was completely silent. It worked well for over a year for me. Unfortuantely, I spilt some water on it one day and the CPU/motherboard had issues after that. I was in a bind because I had work to get done, the NUCs in stores at Best Buy were fourth generation for more money then I could get sixth gen off of newegg.ca. Luckily Saskatoon has a good tech store otvtech.ca which carries pretty much anything you need in a pinch. They did not have a NUC I wanted there either though, so I settled on a small form DeskMini 110 and upgraded to a seventh gen i7. The small form was pretty cool. otvtech put in the processor for me, but other parts of the case were not connected - the CPU fan and wifi. So that was novel to me (Confession. Though I've installed RAM/hard drives forever, most people think I know how to assemble computers from scratch. Which was unfortunately not true.

So the setup was good for a year. Then I decided it was time to try triple monitors instead of two (trust me, I need it sometimes when developing). I got the new monitor stand and a new monitor. However, I didn't realize that the DeskMini only supported two monitors and also had no PCI slot for a GPU. I tried a USB-C to HDMI dongle. However, I could not get it to work on Ubuntu. After some research, I decided to upgrade the computer.

I bought a Z270M motherboard from AsRock as I was impressed with the AsRock DeskMini. This CPU natively supports three displays, and also a GPU card if I want one. I bought a cooler master case - much bigger then the previous two units, but a near cube and a aesthetically pleasing. I bought a power supply unit (which was literally as big as the DeskMini) and a Corsair liquid CPU cooler. I was able to transfer the CPU from the old motherboard to the new one, and the hard drive as well. Like a fool though, I did not realize that the RAM was full desktop size for the motherboard, so needed to buy a 16GB stick instead of using my existing RAM.

There were three fans in the case - two for the CPU cooler and one for the power supply so I was quite worried that it would be loud. Thankfully, the fans are rarely on. I highly recommend a liquid cooler : ).

The build was mostly smooth - except when I had a brainfart moment and did not realize I was attempting to attach the motherboard to the case wrong. And another one when the system was unresponsive and I found out that it was just because I did not fully have the RAM pushed in. Another tense (but satisfying) moment was connecting all three displays and waiting for them all to come on.

All in all I learned a great deal - 1151, 1151+, AM4 boards, form factor sizes, cooler units, etc. I also found that the motherboard/CPU are not as fragile as I had feared as they withstood a few cludgy moments from me reefing on without a proper static discharge mat. Future builds will be more straightforward.

My DeskMini has made a nice little backup unit - dual booted Ubuntu/Win 10 (unfortunately I occassionally need to use Windows). Using existing RAM and a cheap i3.

The only caveat of a nice setup is I am not as productive away from home - so it takes away from truly "remote, work anywhere" promise of own business/freelancing.